Defiant Pityana to take Absa decision to fire him on review

A DEFIANT Sipho Pityana has vowed that he will not back down from his court battle with the banking regulator in spite of being unceremoniously booted out of the Absa boards. Absa yesterday resolved to remove Pityana with immediate effect as an independent non-executive director of both the Group and Absa Bank Limited boards. Pityana’s clash with Absa stems from his citing the bank in his litigation against the Prudential Authority, a wing of the SA Reserve Bank. The businessperson argues that the Prudential Authority acted “unlawfully” and prevented him from becoming the bank’s chairperson by engaging in an “informal process” with Absa in the identification of a new chairperson. Instead, the bank said Pityana had “neglected” or had been “derelict” in the performance of his functions as a director, and that he had “failed to conduct himself” in the interests of Absa. However, Pityana yesterday said he felt that the bank jumped the gun by removing him when he had a pending court application. Pityana said he had instructed his legal team to take Absa’s decision on review while he was also going ahead with the court challenge against the Prudential Authority. “The decision that was taken by the board yesterday was an unlawful one, and I will separately cause it to be reviewed by the courts as provided for in the Companies Act,” he said. “What if the courts find that my argument and my assertions are correct? They would have taken a punitive decision against me instead of waiting for the courts to deliberate and arrive at the conclusion. When there is such a clear disdain of the law, clearly all of us must be (concerned) about the conduct and governance of these institutions.” Pityana was appointed as an independent non-executive director to the Absa board in May 2019 when he was also the chairperson of AngloGold Ashanti. Yesterday’s decision by Absa followed an earlier one this month to remove Pityana as lead independent director and chairperson of the remuneration committee. Pityana described Absa’s decisions as “corporate bullying” and a move to “intimidate” him as he had refused to resign when the Absa board asked him to. “The idea that the Absa board could arrive at a decision that, by virtue of challenging what I consider to be unlawful conduct on the part of Prudential Authority, constitutes dereliction of duty on my part is quite preposterous,” he said. “It’s quite clear that this is corporate bullying. It is intended to intimidate (me) out of my rights with the court. Indeed, it is intended to introduce a technicality in a case I have before the court because they can argue that it’s academic and I am no longer a director.” At the end of October, Absa appointed Sello Moloko as independent non-executive director and chairperson-designate with effect from December 1. Moloko will succeed Absa’s current chairperson Wendy Lucas-Bull, who will retire and end her nine-year tenure on March 31, 2022. In her responding affidavit, LucasBull denied outright all of Pityana’s allegations, saying instead that the decision not to formally put Pityana’s name forward was the result of a confluence of factors, including the Absa consideration of Moloko as the preferred candidate. “I deny that the Prudential Authority intervened in governance-related matters,” she said. “Further, I deny that Absa had acted in the manner which either circumvented the legislative provisions of the Banks Act or permitted the Authority to cross the line and exceed its powers.” 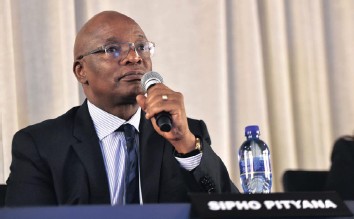