WHEN Chance The Rapper won three Grammys for his 2016 mixtape Coloring Book, it was clear the music business had arrived at a seismic turning point. Here was an unsigned, wildly popular 23-year-old rapper who, to the disdain of major record labels, had built a successful career releasing his music online for free and grabbing headlines on the biggest night in music. Despite his underdog status, Chance’s Coloring Book beat out a handful of big budget, heavily marketed major label releases like Drake’s record-breaking Views, to become the first streaming-only album to win a Grammy. This was made possible a year prior when the Grammys relaxed their criteria which had previously meant the only albums eligible for Grammy nomination were albums released via labels, retail or internet sale. His big night was sure to add fuel to the fire of the growing legion of young artists who were learning to do things their own way. Chance had long been a poster child for independence, openly expressing his contempt for record labels on several songs. A year prior, on Ryan Lewis and Macklemore’s Need To Know, he used the devil as a metaphor for record labels trying to get him to sign a deal: “I met the Devil in Manhattan, quickly ended discussion / I don't need a thing, he warned of repercussions”. Those repercussions come in the form of the lack of promotion and exposure that record labels are known to provide through their networks and deep pockets. While it is true that major record labels have more resources to pull from to push their artists to global audiences, that narrative has been changing rapidly over the years as independent artists utilise social media and on the ground marketing. Additionally, the affordability and accessibility of DIY music production and recording equipment has made it easier for young, independent artists to create quality music from the comfort of their homes. It’s also become cheaper to shoot music videos and get them on video streaming services like YouTube or Apple Music. Analytics tools on Spotify, YouTube, Instagram and other platforms have made it relatively easy and efficient for artists to identify their audiences and use this information to make strong strategic decisions when it comes to things like marketing. Limpopo-born music producer, Rabs Vhafuwi thinks this trend is good for the music business. “With the internet and social media, things are easy now,” he says. “Anyone can run their own label the way they please. Gone are the days where people sign ridiculous contracts that only benefited big companies. Releasing music is simple today, you just open an account with the online store agents and that's it. “The only challenge is for the artist to treat this as a business and nurture it. Most artists don't have the experience and the knowledge, but if you give yourself enough time and Google, you will find all the answers online,” Vhafuwi says. Closer to home, rapper Cassper Nyovest exploded onto the scene as an independent artist, running his own record label, Family Tree in 2014. Although Nyovest would later go on to partner with Universal Music in 2019, he had already achieved dizzying heights as one of the country’s most prominent and successful artists by harnessing social media and on the ground marketing. His success has also led to several younger artists following suit and starting their own labels. In 2017, following a bitter fall-out with Ambitiouz Entertainment, then 17-year-old artist A-Reece left the label to start Wrecking Crew, a collective he formed with several other young artists. His former label-mate Emtee also fell out with the label in 2019 and has since launched his own imprint, Emtee Records. Despite hiccups along the way, both artists have achieved platinum-status since they exited their label deal and are now up for Artist of the Decade at the South African Hip hop Awards (SAHHAs). More recently, superstar artists leading the charge right now such as Focalistic and Blxckie, who were this weekend pictured on tour in Nigeria as they both take their music beyond our borders, have been operating independently of major record labels since their careers took off. This recent wave of successful independent artists has been assisted in no small part by the fact that licensing and distribution companies are offering many of the same services record labels offer, while taking a much smaller cut of profits and also allowing artists to retain ownership of their music. Distribution companies such as Africori, which is home to high flying acts Master KG, Focalistic and Kamo Mphela, are gaining momentum as artists continue to seek independence and more control over their music. Vhafuwi thinks this is an ominous time for record labels. He explained: “A huge chunk of their money used to come from selling physical copies. Today in SA, we don’t have CD selling stores anymore. I guess things are evolving. So, what any major company can do, anybody can do. “The only difference is that they might have more money to market and brand their artists than an independent artist. Many of their employees have already started their own labels because they know how to and it's easier these days.” 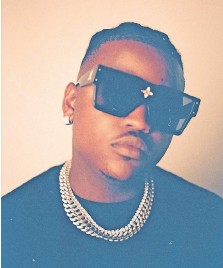